It’s not quite the charge of the Light Brigade, but when the grey-haired grannies of Viareggio swoop out of the undergrowth on their bikes they can give you a nasty turn.

To the unaware, a leisurely walk in the park appears fraught with danger in this most Italian of seaside resorts.

Some of these pedalling pensioners wobble precariously. Others hurtle furiously along the woodland tracks as though their normal mode of transport is a Ferrari.

They’re off to meet their chums for a natter or game of cards under the welcome shade of the pine trees. Some are joining the afternoon open-air dance or bingo sessions.

The big park, a short stroll from the beach, is one of Viareggio’s more unexpected pleasures.

There’s a play area and go-karts for children, tennis, a cafe and stalls selling everything from inexpensive jewellery to olive oil and tasty hams and salami.

But perhaps one of the biggest attractions of the Versilian coast of Tuscany is that it’s the perfect destination to shop and flop. Here you can swim and sunbathe on glorious sandy beaches and pick up amazing fashion bargains on your way back to the hotel.

Bang opposite my rather grand but reasonably-priced hotel in Viareggio was a wonderful beach where the sand ran for miles and so did the sales.

Affordable Benetton, classy Max and Co and Harmont and Blaine were among the seafront stores offering top clobber at knockdown prices. And if that’s not enough, you can take a short bus or train ride into the delightful old town of Lucca for the glitzy designer fashions of Prada and Versace.

Sales here generally run from mid-July into September, so hurry to catch the last of this summer’s best-buys. But if you’re too late, there are still great deals to be found in the street markets year-round.

At Viareggio’s daily market around Cavour Square my wife haggled over trendy Italian shoes and handbags. I picked up Ralph Lauren and Tommy Hilfiger shirts for £11 each and a pair of Gas jeans for not much more.

It’s a shame that Italy’s beach resorts often get overlooked by us Brits. Apart from being a shopaholic’s dream at sale time, this part of Tuscany’s coast is a great base for sun and sand-seekers of all ages.

You can swim or surf from immaculate beaches, or take a boat trip to watch the dolphins. No discarded cigarette ends or beer bottles here. There is a free public beach in Viareggio and at neighbouring Lido di Camaiore, but its worth paying up to £25 or so in high season for a full days use of a couple of sun-loungers and umbrella, showers and snack bar at a privately-owned bagno.

We were lucky. Our hotel, the four-star Grand Hotel Royal (pictured below left), had free use of the beach facilities opposite. It also had a pool and gardens with hammocks just perfect for an afternoon snooze.

Located on the Ligurian Sea, Viareggio is one of Europe’s oldest resorts. It remains the biggest and liveliest town on the Versilian coast and is famous for its annual carnival in February. In summer, it appeals as much to families and young couples as older folk.

We enjoyed after-dinner strolls along the Lungomare, joining shoppers spilling out of boutiques and happy families enjoying an ice-cream.

Unlike many resorts at home and around the Med, there were no boozed-up yobs to spoil things. Italian youngsters don’t go out to get plastered they prefer to round off the night with an ice-cream. And what a choice there is!

At one gelateria I counted 54 varieties, ranging from good old strawberry and vanilla to fruits of the forest and tiramisu. Fabulous ice-cream at £1.60 for a cone.

This is no Ibiza, but if you are looking for a livelier time there is live music at venues like Macando and Buffalo Saloon and some classy clubs farther along the coast.

Most fashionable is Twiga at Marina di Pietrasanta, owned by Formula One tycoon Flavio Briatore. Nearby La Bussola where Louis Armstrong, Ella Fitzgerald and Juliette Greco appeared in the 1960s is another top disco, along with La Capannina di Franceschi in Forte dei Marmi.

Other entertainment possibilities include the Lucca Summer Festival, which stages open-air concerts in the Piazza Napoleone. This years stars included Sheryl Crow, Alicia Keys, Chicago and Leonard Cohen. Tickets for 2009 will start at around £25.

We liked the more romantic option of Madame Butterfly under the stars at the striking new lakeside theatre at Torre del Lago. The annual Puccini Festival is held each August and its a dazzling event which delights opera veterans and first-timers alike. Tickets from £28.

Foodies love Tuscany. And in Viareggio you can enjoy the full range of gastronomic delights, from proper pizzas to regional specialities and seafood extravaganzas. There are smart restaurants in the centre which can be pricey, but we tried eateries around the harbour area offering real value.

Barcobestia has a suitably maritime theme and is located near the shipyards, where you can gawp at floating gin palaces being built for the rich and famous.

Four of us tucked into a mixed grill of langoustines, octopus, prawns, sea bass and salad, followed by ice-creams. We knocked back a couple of litre carafes of wine and the bill came to £28 a head.

Best of all was Buonamico, the oldest trattoria in Versilia. A three-course meal with a couple of bottles of decent Lucchese wines cost £33 each.

Sometimes you just crave a decent pizza. If you’re in a hurry, try the Eden pizzeria on the Lungomare where four pizzas with tuna and bean salads and a bottle of wine cost £12 each.

For a more relaxed and only slightly more expensive evening we sat outside La Chiesina, formerly an old church, and had our quattro stagione and napolitana crispy creations while admiring the vibrant pinks and purples of the bougainvillea and oleander trees in the villa gardens opposite.

It’s worth renting a car for the short drive up into the foothills of the Apuan Alps with their spectacular scenery. It’s a good idea to buy some cold meats and cheese, and huge juicy peaches or nectarines, and head to the hills for a picnic.

But a hire car isn’t essential if you are based in Viareggio. You can reach the town by bus or train from Pisa airport in 30-50 minutes and there are direct links with Lucca and Florence.

Buses run regularly along the coast and we enjoyed excursions to trendy Forte dei Marmi for glamorous people-watching, and the arty little town of Pietrasanta where we looked at some sculptures and had the nicest bean soup ever at a simple and cheap little restaurant.

Braver souls, of course, can do what the locals do and cycle everywhere. But do beware of those grannies in a hurry!

Thomson Holidays (www.thomson.co.uk, 0871 230 2555) have seven nights B&B at a two-star hotel in Viareggio from £495, including Gatwick flight to Pisa on August 30 and transfers. Seven nights with half-board at the Grand Hotel Royal departing Gatwick on September 13 costs £584. For more information on the Versilia coast and Lucca check out www. aptversilia.it and www.luccaturismo.it. 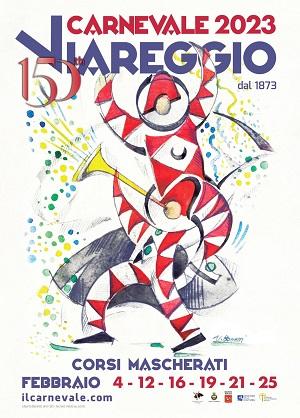 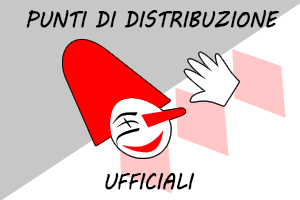 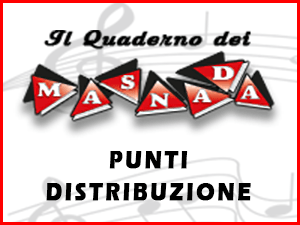 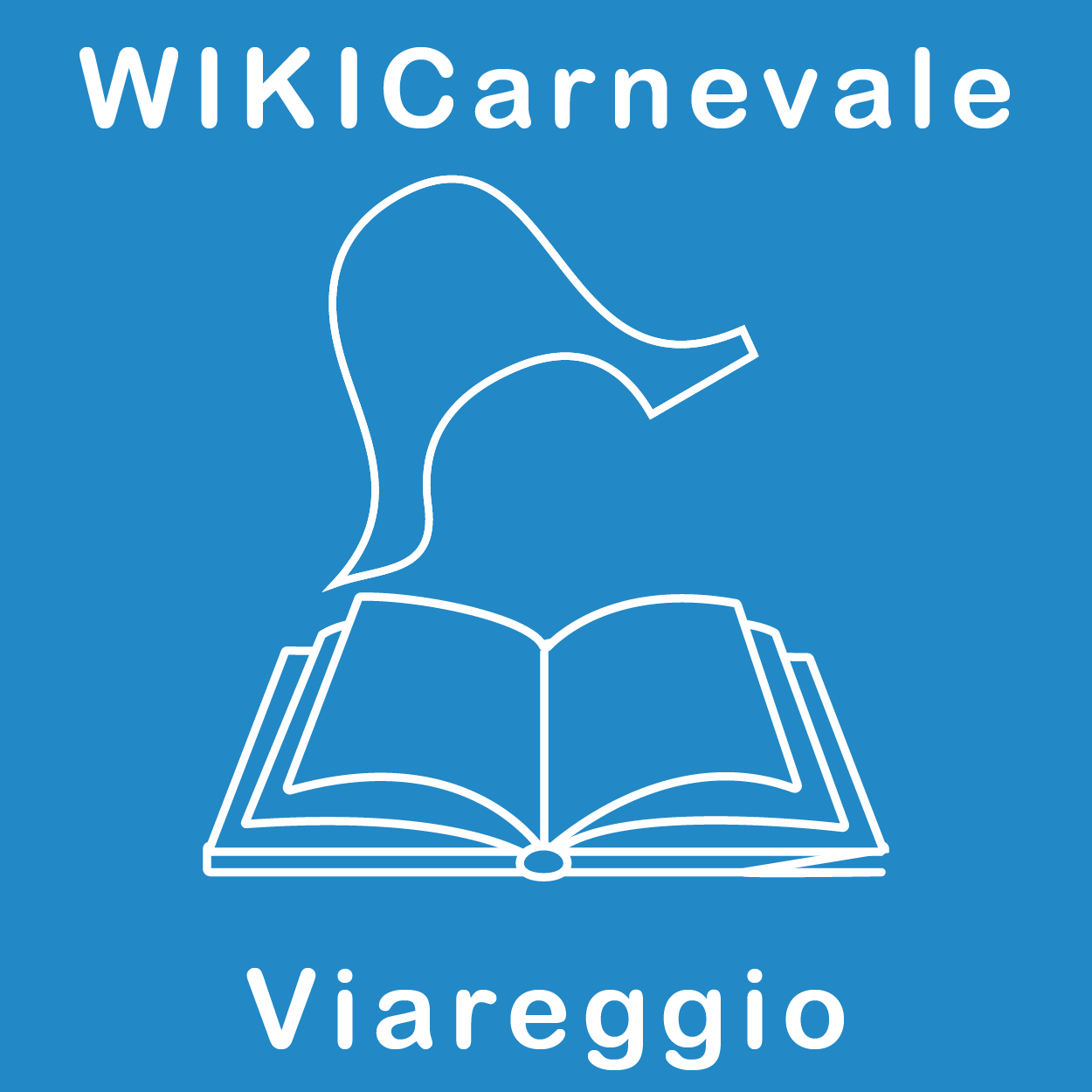